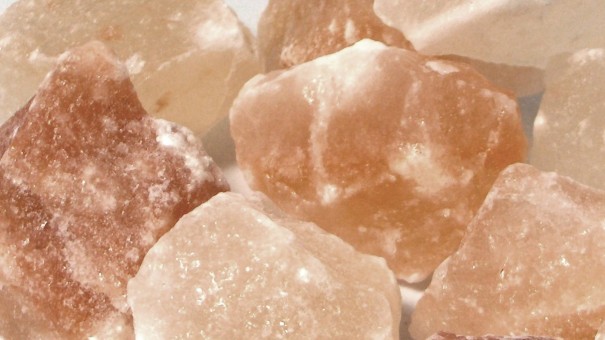 The blocks of Himalayan salt literally add an ancient raw element of the earth into some of the water vessel assemblages as carefully balanced counterweights. Although I was initially attracted by its pristine and rough beauty, and have cooked with this colorful salt for many years, I have grown to appreciate the history and health benefits of rock salts mined at high altitudes. These particular blocks are from Mark Bitterman’s store ‘The Meadow.’

The Himalayan salt is especially precious, for its origins are the millions of years old seawater beds now crystallized and found high and deep in the pristine mountains of these lands. This salt is rich in color from its long exposure with minerals buried in the earth and is especially beneficial for the purifying and detoxification effects. As I have learned about the numerous health benefits of rock salt, I’ve become even more enamored with the poetics of this mineral gem.